In rare cases, vaccines can lead to catastrophic injuries and even death.

Vaccines are usually a source of reassurance, but in rare cases they can lead to catastrophic injuries and even death. Victims of serious vaccine reactions and their families face life-changing challenges in these tragic situations.

Fortunately, you can seek compensation if you or your loved one is a victim of vaccine injury or death. In fact, the federal government has its own specialized legal claim filing process.

In 1988, the U.S. federal government established the National Vaccine Injury Compensation Program (NVICP). The NVICP is an alternative to the traditional system of bringing a lawsuit. Instead of a jury hearing the case, the U.S. Court of Federal Claims determines the compensation.

Many, but not all vaccine injuries, are covered by the NVICP. Two compensable examples include:

Depending on the vaccine and injury, the NVICP may pay the following:

Compensation from vaccine injuries is possible, but you must act quickly to preserve your rights. If you or a loved one believes they have been injured as a result of a vaccine, call us for a free consultation today.

You Pay Nothing Unless We Win

Tell us about your serious injury or wrongful death case. 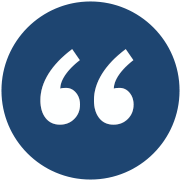 Mike is one of the top attorneys in the state for serious personal injury litigation--including medical malpractice cases, tractor-trailer accidents, premises liability cases, and more. He has an amazing track record of using his creative legal skillset to win big verdicts, even in cases with challenging factual scenarios. When Mike takes a case, he gives it 100% of the attention it deserves, and his clients benefit enormously from his expertise and dedication. On top of that, he’s also really nice guy and a great mentor to younger plaintiff’s attorneys.
Jeff KerrCEO at CaseFleet; e-discovery and computer forensics consultant